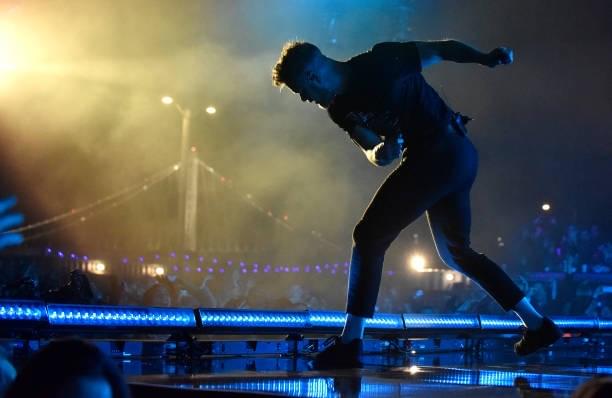 Yes…we know we run the risk of pissing off our fans who Roll Tide…but c’mon, it was an unbelievable game. Clemson made us a “Believer”!!! (SEGWAY!!!!!!!!!)  Imagine Dragons, playing from a nearby location to the National Title game, surprised fans with an amazing halftime performance. The setlist covered some classics and tracks from their new album Origins.  In yet another surprise, the band was joined by Lil Wayne for a high energy version of  “Uproar.” After  the set the rapper joined Reynolds for “Believer.”